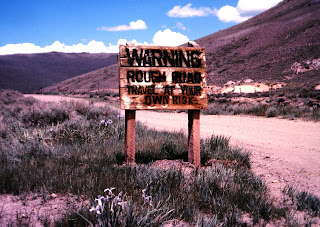 I’ve been overwhelmed in the past 24 hours. First of all, Kenju took me seriously and “interviewed” me. I will fulfill that obligation. Then, Gautami nominated me as a “thinking blog.” I’ve been scratching my head ever since… Seriously, I was humbled.

Then I read the comments in Gautami's blog where I discovered that a certain “regular” to my blog (Murf) had already made her smart remarks on Gautami’s blog, tempering any pride that I might have enjoyed for a few moments. I’m suppose to nominate 5 other thinking blogs, but I’m going to have to think about that (besides, I only read blogs that make me think, so you’re all thinking blogs.)

Kenju: What one thing would you do differently in your life, if you had the opportunity to do it over?

Sage: I would have studied more in high school and would have gone to my first choice among colleges rather than deciding at the last minute to attend a different school to be closer to a girlfriend.

Kenju: What type of music would you write, if you could compose?

Sage: I’d love to be able to write piano solos like Keith Jarrett or George Winston

Kenju: “If money were no object, what would be the first thing you would buy?”

Kenju: What experience in your life has enriched you the most?

Sage: "This is a hard one. Religious experiences aside, I'd say hiking the Appalachian Trail. On my first hike on the trail, I met some through-hikers and came up with a little ditty, “Georgia to Maine, you must be insane.” Four years later, I was completing the trail."

Kenju: "If you were able to have dinner with any two people in the world, who would you choose and what would you ask them?"

Sage: " George Bush (Sr, not W) and Bill Clinton—I’d first ask what books they are reading, then I’d ask how we can restore bi-partisan respect in Washington. Finally, after a few drinks, I'd ask if there is any truth that they're having an affair."