I haven’t been up for writing blogs recently, but that doesn’t mean I don’t think about my readers. Yesterday evening, I got to wondering what some of my fellow bloggers was up to. 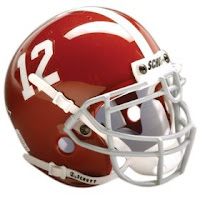 Bone: Two weeks ago, Bone was so mad at a friend whose wedding was the Saturday of the Auburn/Alabama game. He spent much of this Saturday afternoon looking for a wedding to crash. Bama losing to the lesser of the Carolina’s was just too humiliating. 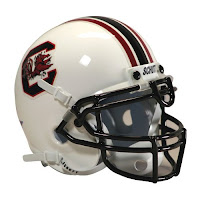 John: After suffering from a toothache all week, he forgot all about it as the Gamecocks caught Bama at low tide. I guess those boys from South Carolina had a lot of fight after losing to the other USC (in the Supreme Court over a logo dispute). Joining John at his party was Pia, who was trying to show loyalty to her newly adopted state.

Murf: While tailgating at the Big House, she realized that she was lucky to be on the outside where they couldn’t see the scoreboard. Though they fancy themselves as liberals over there in Ann Arbor, the city had never been this green.

Do I have any readers who are MSU fans?

Sage: He woke up Saturday morning wondering why a slew of his Facebook friends had changed their profile pictures to green and blue football helmets. He thought it nice that no one was on the highways Saturday when he took bicycle ride. Instead of worrying about traffic, he was able to enjoy the colors of fall. He also found it a nice weekend to do a little paddling and photograph the fall colors reflecting off the water. 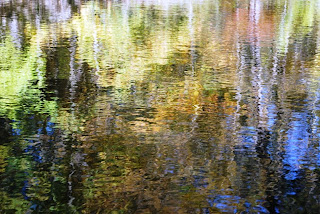 Have a great Sunday and be sure to take time to enjoy the colors of the season (for those of you living in the northern half of the planet. 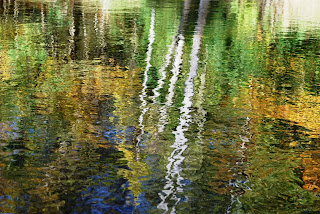