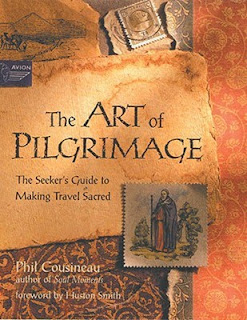 In the spring of 1988, just a week or two before setting off on my first solo-transcontinental road trip, (a journey that would end with me spending a year in ), I read Mark Twain’s Roughing It. As I drove across on I-80, Twain’s description of his travels on the , which paralleled the modern freeway, came alive. At one remote interchange, I got off and explored an old stage stop that today is no more the stone ruins. Feeling the warm sun and listening to the wind rustle through the sparse vegetation, I imagined what it had been like a hundred and twenty-five years earlier. Then the wail of a Union Pacific freight train was heard. As the train rolled eastward, I realized it had eliminated the need for the stage line, and that the freeway and airplane had since overshadowed the passenger trains. “Twain was here before all that,” I thought. Later that day, I stopped at and and toured both spots, thinking about a young Samuel Clemens, who was still a year or two away from claiming the name, Mark Twain. Reading his writings, I felt more connected to the land and to his book. Had I just read the book or just flew down I-80; I would have missed the connections.
-

Phil Cousineau, The Art of Pilgrimage: The Seeker’s Guide to Making Travel Sacred (New York: MJF Books, 1998), 254 pages.
-
This book makes a lot of sense to me. Travel should be so much more than just sightseeing and crossing off places on our bucket lists of sites to see before we die. To me, it is instinctive to learn more about the places I travel in an attempt to connect with the “soul” of the land and the people. In this book, Cousineau draws upon a wealth of pilgrimage literature as he encourages his readers to be attentive in their travels. Cousineau’s book is seasoned with stories and quotes that come from the breath of humanity. He draws upon pilgrims of all ages. Most are religious, but not all. It seems there is an embedded need within our psyche to connect with something deeper. Included in the pilgrims reported on are visits to Jim Morrison’s grave and baseball fans who seek out Ty Cobb’s cleats. Cousineau is familiar with the writings of Christians, Jews, Muslims, Buddhist, and Hindu pilgrims, but he also is knowledgeable about native tribes and the legends of mythic journeys and what they have to tell us about pilgrimage.

Pilgrimages change us. They can also bring political changes as Cousineau points to when writing about the “hill of crosses” in . The hill, the site of a victory of , had been an important site for the country since the mid-19th Century. Crosses adored the hill, but after the Soviet take-over in 1917, the crosses were regularly removed. But every time they were removed, they were replaced, often by those who travelled many miles and risked their lives to replace the crosses. Finally, in 1985, the Soviets stopped bulldozing the crosses and a few years later, Lithuanian students began to protest for independence. Looking back on his country’s long struggle, one Lithuanian commented on the importance of the Hill of Crosses. “Just knowing that it was there made the fight for independence much easier.” (44-47)

Cousineau grew up in a family that traveled frequently. His father felt that travel was good for the mind and his mother thought it was good for the soul. (xv) Cousineau combines the two perspectives. “Pilgrimage is the kind of journeying that marks just this move from mindless to mindful, soulless to soulful travel.” (xxiii) The book is divided into chapters that follow a pilgrim’s path: the longing, the call, departure, the pilgrim’s way, the labyrinth, arrival, and returning. He speaks of the pilgrim’s lamp, the tower, the satchel, and the role of the well where the pilgrim is refreshed, and the need to give gifts and make offerings. I recommend this book and include some quotes to tempt you to read it:

“If you truly want to know the secret of soulful travel, we need to believe that there is something scared waiting to be discovered in virtually every journey.” (xxii)

Beauty is a ‘by-product of ordinary things,’” quote from Joseph Brodsky (22)

“Questions tune the soul…” “Ask yourself what mystery is being guarded by your longing.” (24)

“The practice of soulful travel is to discover the overlapping point between history and every day life, the way to find the essence of every place… Curiosity about the extraordinary in the ordinary moves the heart of the travel intent on seeing behind the veil of tourism.” (121)

“Do not seek to follow the footsteps of the men of old, seek what they sought. –Matssuo Basho” (173)
“…savored the melancholy beauty, what the Japanese call sabi, the ‘sigh of the moment’” (176)
Posted by sage at 10:01 AM