The Kite Runner: A book review 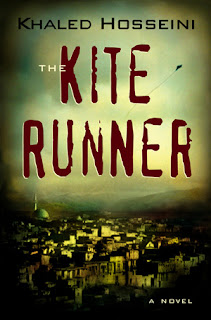 Several years ago a friend suggested I read this book. After finally getting around to it, I wonder what took me so long. The Kite Runner is beautiful yet painful, hopeful yet ominous. Set in the United States and Afghanistan, the novel tells the story of Amir and his childhood friend Hassan, as well as Amir and his father’s story as they escape the nightmare that followed the Soviet invasion in the late 70s and built a new life in America. Hosseini explores themes of childhood friendship and betrayal, the relationship between sons and fathers, and the dangers of an excessive religious state. Through it all, the reader experiences the changes in Afghanistan over the past four decades.

Amir, whose mother dies at birth, is a privileged child. He is a Pastun, one of the ruling tribes of the country and a Sunni Muslim. His father is rich and proud and Amir grows up never being able to live up to his father’s standard. He finally does something to gain his father’s praise, the winning of winter kite fight (where hundreds of boys fight with their kites till only one kite is left). But unfortunately, on the heel of that victory, due to fear, Amir fails to come to the rescue of his friend Hassan, who is brutally raped by another boy because he’s of a different tribe.

Hassan, the son of Ali, Amir’s father’s servant, is a Haaras, an ethnic minority of Chinese descent. They are also Shi’a Muslims, so Hassan’s oppression is two fold. He is both an ethnically and religiously a minority as well as being poor and illiterate. Yet Hassan is fiercely loyal to Amir, which only inflames Amir’s shame. Finally, Amir concocts a plan to drive Hassan and Ali away from his family. Soon after that, Amir and his father flee to Pakistan and later as refugees to the United States where they start a new life. Now poor, they work hard. But through it all, Amir’s guilt and shame haunts him. In the end, this drives him to return to Afghanistan, following the take over of the Taliban, to rescue Hassan’s son. On this trip, one see’s the brutality and the hypocrisy of the Taliban, as his old childhood nemesis is a Taliban official.

Shame can destroy us and can also drive us to do good deeds, as Hosseini shows. Shame finally forced Amir to face up to his fears and to risk his life to save the son of Hassan. Shame also drove Amir’s father to build an orphanage (that was destroyed in the fighting). We’ve all felt shame and also betrayal, although hopefully not to the extent of those experienced by Amir and his father in Hosseini’s novel. Although there is much pain in this book as evil is exposed, even in the characters we love, Hosseini also shows that redemption is possible. I strongly recommend this book. I listened to an unabridged version on Ipod, but then brought the book and read large sections of it. Hosseini is a talented storyteller.
For other book reviews by Sage, click here.
For Semicolon's Saturday's list of book reviews in blogs, click here.
Posted by sage at 8:00 AM