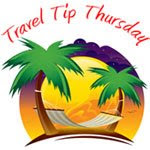 I first wrote this back in March 2005... I’ve reworked it a bit for this Travel Tip Thursday. I’m taking you back into the desert to a town where another reader recently visited. Check out the pictures at Danny and Family. I have a couple other post planned around this trip. I hope to introduce you to Sam and to take you to Goler Gulch and then to Death Valley to see it in full bloom as it was that March. Enjoy… And my travel tip, if you visit this area, take plenty of water with you and don’t let your gas tank drop below half a tank! Travel Tip Thursday is sponsored by Pseudonymous High School Teacher.


Olga’s the first 94-year-old redhead I’ve met. I’m sure she has some artificial help; even so, it shows spunk. She gets around well and lives by herself. “I wouldn’t have it any other way,” she confesses. She still runs “The Joint,” pulling a regular shift, tending bar. When things are not busy, she’ll go out front and pull weeds from the flower bed. The desert has been good to Olga. She and her husband brought the establishment back in ‘55 and she’s had honest work ever since. She’s washing glasses when we enter, but stops and comes over to wait on us. We order a couple of beers, Mojave Greens, a local beer made in Inyokern and named for the famous rattlesnake. Ralph, who grew up in this area, has only seen two in his life. He introduces himself to Olga. She looks at him for a minute, sizing him up, then tells about how she misses his brother. They talk a bit about old times, then Olga turns to fix another drink for the woman sitting at the other end of the bar.

Selling booze in a mining town was lucrative business. Selling anything liquid use to be lucrative business as water in these parts was expensive, even as late as the ‘40s. Today, there is little mining and it’s mostly tourists who stop in for a drink. Not many of them are looking for water. The establishment is open from Wednesday through Sunday and they close in the evening when they are no longer busy. “The Joint” is in the heart of Randsburg’s business district and one of the original structures in town. The building was first a bakery. In the 30s, it was converted to a bar and a pool hall.

Sitting down the bar, a few stools away is Faye, the proprietor of the Silver Dollar Saloon in Red Mountain. An attractive woman, she wears a barely amble halter that displays a more than ample breasts, a short skirt and five inch heels. My first thought is that prostitution must once again be flourishing in Red Mountain. At one point in time, that was the town’s claim to fame. The saloons with backroom gambling (illegal in California, but this wasn’t exactly on the main highway), lined the west side of the street. On the east side of the street were cribs, where prostitutes who free-lanced in the bars, led their clients. It was a cozy arrangement and local authorities did little to discourage business. But then, World War 2 came along and the Navy decided they needed a base on China Lake. Since there’s not enough water in China Lake to float a canoe, they used the base as a trainer for Navy pilots. Naval authorities found that after a night of drinking, gambling and whoring, the drive over the mountain was too difficult to negotiate and too many pilots crashed before they had a chance to sight in on a Japanese Zero. They sent the FBI in and they shut down the gaming establishments and ran the women off.

After a while, Faye’s partner at the Silver Dollar joins us at the bar. I was enjoying glancing over at Faye, now I divert my eyes. This guy is scary. He’s sporting fancy cowboy boots, black leather, pointed toes, and scroll threading. Wearing cowboy boots without long pants should be a misdemeanor. Wearing cowboy boots with tight short-shorts should be a felony. This guy’s pants are shorter than his partner’s mini-skirt and leaves less to the imagination than I’d like. I’m glad I’m not alone in the bar with him. Had it just been me drinking and he came in, I think I’d wallow over to the Methodist Church and take the temperance pledge. He strikes up a conversation and seems to be an okay guy, even though he and Faye, to say the least, are a unique couple.

Ralph and I finish our beers and head out. The bar was dark and our eyes squint as we adjust to the bright desert sky. We take the long way back to Ridgecrest, through Inyokern. As the light softens, the desert landscape becomes beautiful, with shadows of the barren peaks giving definition to the distant hills. It’s dark by the time we arrive in Ridgecrest. Unlike Randsburg, Ridgecrest is a new town, it’s primary purpose is to serve the China Lake Naval base. We drive around town, looking for a place for dinner. In our search, as we navigate the ubitiqitous four-way stop signs, I am amazed to see that this town not only has a dollar store, but also a 99 cent store and, for those who that’s even too much, a 98 cent store. I'm amazed.
Posted by sage at 4:51 PM