Two Books and Memories of Clarkton 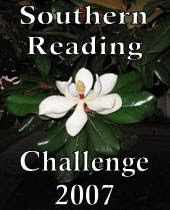 I was recently asked to make suggestions for the Southern Summer Reading Challenge and I thought about two of my favorite books by Cape Fear Country authors. Both of these guys, Robert Ruark and Guy Owen, are members in the North Carolina Literary Hall of Fame and if you click on their links, you can read an excerpt of their writings. Warning: be careful where you read it. People might look at you strangely as you descend into a fit of hysterical laughter. 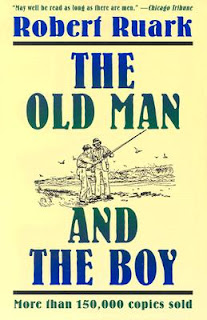 Robert Ruark, the author of the Old Man and the Boy, was born in Wilmington, North Carolina in 1915. He grew up in Southport, a small town at the mouth of the Cape Fear River. At the age of 15, he attended the University of North Carolina. Upon graduating with a degree in journalism, he worked as a newspaper reporter and did a stint in the Navy during World War Two. Following the war, his career took off. In addition to writing for newspapers, he also wrote for periodicals. This book, The Old Man and the Boy was taken from his column in Field and Streams. It’s a collection of short stories about growing up in the lower Cape Fear region under the guidance of his grandfather who taught the boy lessons in how to hunt and fish as well as larger lessons about life. Ruark fills his writing with wit and humor, making him a pleasure to read.

When I was a student at Roland Grice Junior High, every boy I knew read this book. A few years ago, when visiting my parents, I saw a copy of this book in a local bookstore. I snatched it up, knowing that I had to reread it. Unfortunately, I lent it out when I was in Utah and it never came home so I don’t have the book, annotated with my notes, to make a more thorough review of the book. Ruark later wrote a sequel, the Old Man’s Boy Grows Up. It tells stories about Ruark’s experiences at sea as well as a big game hunter in Africa. Ruark also wrote several novels. He died in 1965.

A Personal Interlude: Guy Owen was born in Clarkton, a town about sixty miles east of Wilmington on the Seaboard Coastline’s main tracks running from Lumberton to Wilmington. When I started working with the Boy Scouts, Clarkton was in my district and I have both fond and not so fond memories of the hamlet. On the positive side, it had a great restaurant for pork barbeque and catfish. In the fall, when spot were running along the coast, they had an all you can eat lunch special of fried spot; you just had to be able to pick out the bones. However, twice in Clarkton, my life flashed before my eyes as I narrowly escaped death. Once was early in the morning at the railroad crossings. I was heading north to Elizabethtown for a 7 AM meeting and had stopped for a train. Coming south was a loaded logging truck. I’d stopped just as the gates lowered, but then noticed the logging truck wasn’t slowing down. He crashed through the gates, narrowly missing the speeding locomotive pulling a 100 or more cars of freight. I had visions of dying underneath those logs as the train rolled the truck over my car. Someone was looking out for me for the end of those logs missed the locomotive by just a few feet. The second occasion I escaped death occurred on my last day working there. I’d stopped by to say goodbye to DeWitt, the town’s scoutmaster and we were talking out in his front yard. I’d said good bye and was heading across the street where I’d parked when I turned to say something else as I kept walking. I stepped out into the street, right in front of a pickup heading down the road. That old truck must have had new Midas brakes as the old farmer screeched to a stop just in the nick of time. 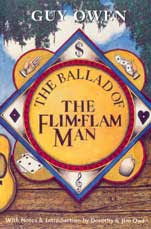 I first came across the writings of Guy Owen shortly after I graduated from college through a copy of The Flim-Flam Man and other Stories. The book contained stories of Mordecai Jones and Curley as they drive through the Cape Fear Country in an old hearse, pulling off one escapade after another. After reading that book, I kept my eye out for a copy of the Ballard of the Flim-Flam Man. It was out of print at the time and I had to get it out of the library, but I later brought my own copy after it was reprinted in 2000 by Coastal Carolina Press. The Ballard of the Flim-Flam Man tells the story of Mordecai Jones and Curley’s meeting. Curley had had enough of the army. As he tells it, “I’d tangled butts with this Yankee sergeant that keep riding me about Jefferson Davis and chitlin’s and such.” The two of them hook up and head off on a wild ride throughout Bladen County during tobacco season. They have their run-ins with farmers, farmer’s daughters, shop owners, the sheriff, moonshiners, evangelists and tobacco auctioneers.

Owen captures life down east as it was before I was born. He laments in the book that automatic tobacco curers (as opposed to the hand fed-wood fired barns like my granddaddy used) have destroyed the next generation of storytellers. He captures the atmosphere of a tent revival. Jones and Curley took over the preaching one evening for a sick evangelist. That was okay, but when they took over the collecting of offerings, that was pushing things a bit far and they found themselves again on the run. There are also morals in this book. Mordecai Jones, the old grifter, teaches his young apprentices three rules for the life of flim-flam, one of which is that “you can’t beat an honest man in the skin trade.”

Owens had a gift of capturing the language of the South and his writings are peppered with wonderful phrases and metaphors. A few years ago I jotted down several pages of these that came from his collection of short stories. Here are a few samples:

“falling in the outhouse and coming up smelling of roses,”
“that tanglefoot [moonshine] was so strong you could smell the feet of the boys who’d plowed the corn,”
“sober as a Quaker,”
“when the Lord passed out brains he was down in the canebrake,”
“there’s larceny in his veins,”
(he also speaks of vinegar in the veins)
“I was so lazy that I wouldn’t lift a fork if I was working in a pie factory.”
“as slick as eel manure”


I recommend both of these authors and in many ways I feel their words and stories are in my veins as I too grew up down east in Cape Fear Country.
Posted by sage at 8:20 PM