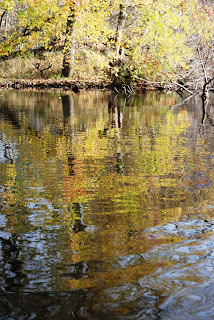 Even in my busy life, I have to take some time to get away. This morning I paddled a portion of a local river with a friend and member of my staff. It was good to be outdoors. We saw numerous deer, swans, great blue herons and a variety of ducks. I tried a little fishing, but no luck. Mostly we paddled and talked. The leaves are not nearly as nice this year as in some years, due to the drought we had in the middle of the summer. But it was still good to be outside. Lately, all my exercise has been in the gym and I need the outdoor time to help clear my head. 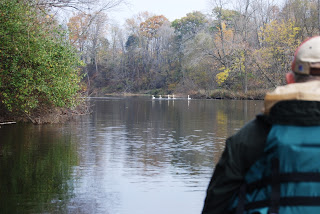 Update on the soldier I told you about last. He’s now in a hospital in Germany, having undergone two operations (one in Afghanistan and another in Germany). He’s doing well, is out of ICU and his parents are on their way over to be reunited with him. He’s probably looking at a year rehab. As for me, in another ten days things will slow down a bit (I hope!). Take care and I’ll try my best to get around and catch up with folks. 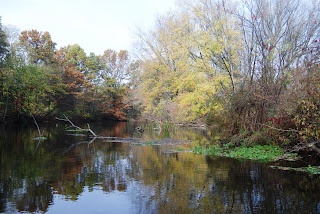