Flirting with racism: more memories of the 9th grade 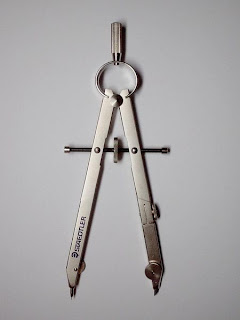 The news from Jena, Louisiana has gotten me thinking about some racial incidents that occurred when I was in the 9th grade. Last year I wrote a couple of memories of that year (White Christmas, Ms Gooden). This past summer, I also wrote a review of Timothy Tyson’s Blood Done Sign My Name, a book discusses the racial turmoil in North Carolina (including Wilmington) in the early 70s. Although I have many other “memories” from my year at Williston that I would like to explore, I have to admit that this is scary stuff, especially when I think about what could have happened. I am also nervous about posting these memories of 35 years ago. Warning, this is an “adult post,” with language and themes that are of a more “mature” nature than my normal posts.
I was still dark, early morning, when I sat down at the dining room table for breakfast. My mother passed me my plate: a soft fried egg, grits, toast and bacon. I chopped my runny egg with a fork, poured a bit of coffee over it and supped it with the toast, a trick that came from my mother’s family. The bus would be here in a few minutes and I wasted no time gulping down my food. Mom was still standing by the stove, reading the morning paper. She then dropped the paper, looked at me and asked if I knew T-. Hearing his name, I jumped and asked, “Why?”

T- had been my nemesis for most of the ninth grade. He was 18 years old, but still in the ninth grade and we were in two classes together, social studies and shop. I was small for my age. T- was nearly a head taller and darker than most of the African-American students at Williston. I was a puny white kid. One day in Social Studies he taunted me before the class in front of several other black students, asking if I wanted to try LSD, and then asking if I had ever played with myself. He kept this up for several days, pushing the topic further including making suggestive remarks about how he wanted a “white boy” to “feel him off.” I was so embarrassed that I didn’t say anything about it, even to friends who would have helped protect me (I’ll write more about them later). Instead, I started scheming ways to protect myself. I tried carrying a knife, but it was hard to hide a sheaf knife and I knew a pocket knife would be too hard to open quickly. Some of my friends were carrying bicycle chains, hanging them down inside their pants, but there would be no way in close quarters that I could pull it out in time to defend myself. Then I thought about a tool that I had a legitimate reason for carrying, a drafting compass. I took out the pencil and placed the point in my wallet and put it in my front pocket.

I knew I was most vulnerable in shop, as the teacher couldn’t keep his eyes on all parts of the L shaped room. Before going across the street to the shop class, I made sure my weapon was available. Several days after he’d started making his threats, he grabbed me when I was in the back part of the room, pushing me up behind some stacked wood and pinning me against the cement block wall. He got right in my face and whispered, “White boy, I want you to feel me off.” I was scared and slowly moved my hand to my pocket as I told him to let me go. He laughed. I pulled out the compass and jabbed it toward his stomach, catching him by surprise. He jumped back and tried to grab my hand. The point stabbed him in the palm. Shit,” he said, shaking his hand as drops of blood fell on the concrete floor, “I’m going to get you for this, I’m going to go tell Mr. Howie (the principal). At this point, my adrenaline was pumping so that I felt invincible. “Let’s go,” I said pushing past T-, “I’ll tell Howie along with the rest of the school that you’re a faggot.”

I never had any more problems with T-. To my surprise, he told the teacher that he’d cut his hand on a nail that was sticking out of a board. The teacher got him some alcohol and gave him a Band-Aid. The puncture wasn’t that deep and didn’t bleed too much, just a few drops. Interestingly, there was an immediate change in T-. He never said anything more about going to Mr. Howie and he stopped taunting me. He even began to show respect for me, and in the weeks ahead referred to me around his friends as “My man…”

The last I saw of T- was that morning at breakfast. His picture was in The Star-News. He and another man, both handcuffed, were being lead away by police. They’d been arrested the evening before done on Castle Street. If I’m remembering correctly, T- was carrying a sawed off shotgun on Castle Street, supposedly to protect the Church of the Black Madonna. This was near the time of Ben Chavis and the Wilmington Ten’s trial and the city was experiencing a new wave of racial violence. T- never did come back to school and regardless of all the chummy gestures he’d recently made toward me, I was relieved to know that he was locked up.

Note: There are a number of other stories that I need to write down from the 9th Grade. They include running with a white gang and creating mischief and mayhem, being jumped in the stairs and on the playground, my “hippie friend” Mark and his Sugar Bear Club, and biracial camping trips with the Order of the Arrow in which black and white Boy Scouts became friends.
Posted by sage at 11:02 AM