For years I maintained two blogs. This was my personal, semi-anonymous blog.  I also maintained one for work. About two years ago, I decided to merge the two blog, so if you want to know more about what's going on with me, go here: www.thepulpitandthepen.com

But since I had this blog for so many years (going back to 2004), I occasionally want to post something here. So let me tell you a bit about winter sailing and gardening.  Until the COVID-19 outbreak, I did a lot of sailing, mostly on our clubs J24s during the "Frostbite Series." On Facebook, I took a lot of grief about "frostbite" in Savannah, but it can be quite cool on the water, especially with high winds. Many days, I was wearing bibs and rain jackets and regular wrap around life jackets (as opposed to CO2 type vests that allow a lot of movement and inflate when they hit the water). The CO2 vests are nice in warm weather, but not when the wind is howling and the temperature is in the 40s. Here's a few pictures: 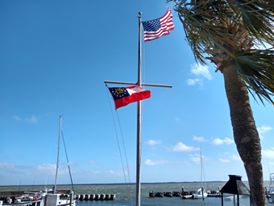 I have enjoyed having a garden here (a plot in the community garden) for almost four years. I can generally get two crops a year. In the winter, I grow several types of lettuce, red and green cabbage, rutabaga, turnips, mustard, Swiss chard, beets, parsnips, cauliflower, and onions. In the summer, I plant several types of tomatoes and peppers, egg plants (regular and Japanese), okra, squash, and pickling cucumbers. I'll be harvesting crookneck squash this week!  After early to mid-July, most of the garden will go dormant in the heat except for the eggplant, okra and peppers. They seem to thrive on hot weather. Here are some pics of my garden and some of my products:

In other news, I haven't kayaked since January, but I think I'll make up for that this week. On the other hand, I have been doing a lot of bicycling (especially since the fitness center closed). I've been writing some and reading a lot (you can catch up about that on my other blog. I have some book reviews to post along with a story about a trip to Austin, Texas in early March, just before everything shutdown. Stay safe everyone!

I'm still on the water

I thought I would drop a quick post to let people know I'm still around. Today, you will find me mostly posting at "www.thepulpitandthepen.com".  I invite you to join me there.

And, just in case you are wondering, I'm still spending time on the water. This past wee, it was pretty foggy here in coastal Georgia, but it didn't stop me from paddling out to Little Tybee Island (about 8 miles from where I launched at Landings Harbor Marina). You couldn't even see across the Wilmington River, which may be a 1/4 of a mile wide. I had to do my navigating by compass. It was a little scary crossing the Wassaw Sound and I wouldn't want to be miss the island, for the next land would be Bermuda or Europe.

On Saturday, we were racing with the Savannah Yacht Club. It was foggy but with wind, which made it a challenging sail. We were the third J24 to finish (out of six) and forth overall (but when they adjust the time, we might move up a notch, for the top boat was a J109, which  has a higher rating and while they won the race, we were only 2 minutes behind them (and there were two closer J24s to them). Two weeks earlier, when we had really high winds, that boat blew us all out of the water. With winds in the low teens, we were able to stay close to her.

Remember, check out my other blog, "thepulpitandthepen.com"
Posted by sage at 10:03 AM 28 comments: 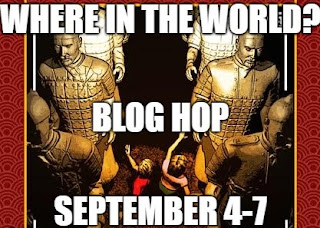 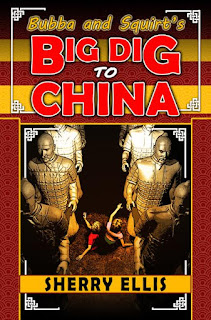 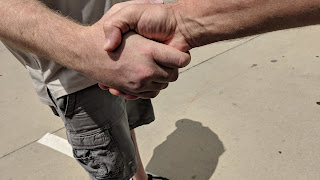 I've been traveling the past ten days--first to a meeting in St. Louis and then up to Iowa City for the Iowa Summer Writing Festival.  Along the way, in Southeast Iowa, I had lunch with Ed.  We have been reading each other blog since 2005! This was our first time to meet face-to-face. It was a pleasure to catch up with him.

Ed doesn't use his real name in his blog (his name is taken from Edward Abbey, an author we both enjoy). Nor does he show facial photos, so I figured a handshake would suffice.

Remember, most of my blogging these days can be found here.
Posted by sage at 12:27 PM 17 comments:

I know I have been quiet lately. I have never used this site to discuss my "work" but maintaining two sites was just too hard.  You can find me here.

I will keep this blog open and will probably post here occasionally.
Posted by sage at 9:51 PM 10 comments: