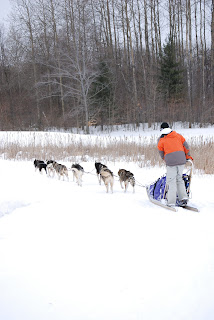 In the picture, my daughter is on her first dog sled ride. As a dog lover, she was in heaven.

As a way to buy time till I get around to editing and posting some new stories, I’m send you all on a wild goose hunt across blogland. Murf's been keeping us informed us of her ongoing commitment to exercising. She’s now strong and flexible as we can see in the picture provided by Kenju. By the way, Kenju recently changed her url and the one in my blog list is out of date and ya’ll know how much I hate going into my templates to change urls!

Kontan recently enlightened me on the infiltration of Pachelbel’s Canon into the music world. Go over to her site and watch this You-tube video and learn how Pachelbel has infiltrated rock and roll, folk and other forms of music. I’ll never be able to eat at another Taco Bell without humming Canon in D. By the way, Pachelbel’s first name, the cello hater that he was, is Johann. 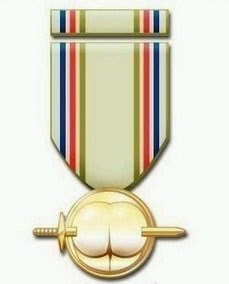 Karen, a native Michigander (unlike me who just took a wrong turn off the Indiana turpike), is often making fun of the follies of our president and his henchmen and women. You can find that blog to the right. Karen has another blog that makes fun of life in general. (Warning, some might be offended, this is especially true if you're a Republican). For those like me who like to paddle (canoes and such, don’t get the wrong idea here), there’s the paddle store just in case you’re up the creek (or crick as they say around here) without one. Look in her blog for the entry for March 7 (sorry, I can seem to get her blog to open just to the specific date). Karen has also introduced a new medal for those who are a pain in the “you know where (That's found in her February 21 post).” I’ve already put my order in for a case of such medals, now if I can just get away with pinning them where they belong. Are you on the list to receive one?

On a much more serious note, I’ve been reading a blog titled West Desert Journal for about six months. Nate doesn’t write often, but I love his style and his pictures are stunning. I envy him, working out on the Arizona Strip on the North Rim of the Grand Canyon.
Posted by sage at 2:40 PM