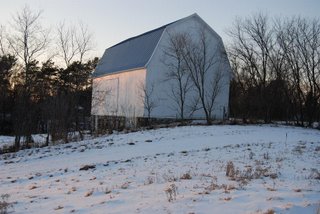 Photo taken a two weeks ago at sunset. It has nothing to do with the story below, which took place when I was probably 12 or 13, although I don't remember the exact year.

“Was it you?” Mom asked as I walked through the door.

“Did you sign your brother up for old age insurance?”

“No, a man came by today. You should be ashamed of yourself. He wanted to talk to W. I couldn’t understand what was going on until he said that he’d received a referral that your brother was interested in insurance. He thought your brother was an old man, not a fifth grader.”

“It’s not funny,” my mother raised her voice a bit. “This guy had a thread-bare coat and drove a rusted out car that smoked and barely ran.”

I tried to wipe the grin off my face as I braced myself for a guilt trip. She continued, telling me how he’d wasted part of his day and his gas in an attempt to sell my brother insurance. She told me how he was just trying to take care of his family and even mentioned his crumpled hat that he held in his hand as he waited at the door. Why did she have to tell me about the hat? I started to feel bad. But not too bad. It takes a while for guilt to set in. It was a good thing I didn’t know anything about insurance as a sixth grader or I’d liable to have told her I was looking out for W best interest as he could get a better rate on old age insurance as an eleven year old.

For just pennies a day, you could get this insurance, the ad promised. I could imagine my brother opening up the package of information, telling about insurance for someone 65 or older. It seemed like such a good idea when I saw the flyer in the Sunday paper. Now I wasn’t so sure. I was expecting some form of punishment but none was forthcoming. Punishment wasn't necessary as guilt washed over me and I suddenly felt responsible for burdening this insurance salesman. Heck, I probably even caused his family to go without dinner that evening. Although I’d never seen any such kids, I’d heard stories from the depression from my grandparents and was sure his kids went to school without shoes. I retreated to my room, did my homework, then headed out to play ball with the guys, hoping to forgot about the man. But occasionally, he continues to haunt me. I never saw him, however I still see him as a lean man in a worn overcoat, standing at our porch. As he waits for the door to open, his hands nervously wring that crumpled hat.
Posted by sage at 10:31 AM