M is for Meteors and Mars 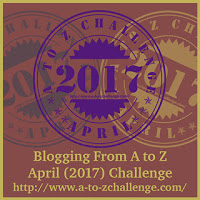 We're on the A-Z Challenge, exploring heavenly bodies. According to the modern list of 88 constellations, there are four beginning with the letter M”:  Mensa, Microscopium, Monoceros, and Musca.  They are all “recent” constellations, mostly “discovered” when sailors from Europe began to explore the oceans south of the Equator.  Since I can’t find any of these constellations and they lack mythological stories, we’re going to look elsewhere.  To me, M is for Meteors and Mars.

I became interested in meteors as a child.  It was in the mid-60s and we were at Ralph and Louise’s house (he was my great-uncle, my granddaddy’s brother).  It was August and we were standing out on the front yard.  Lightning bugs were flickering around and in the humid air the scent of flowers teases our noses.  Maybe that’s why someone looked up and saw a “falling star.”  Then we were all looking up and watching stars fall toward earth.  For a long time afterwards, I would gaze at the Big Dipper, just waiting to see one of those stars fall.  Then, as I learned that that dipper had been that way for thousands of years I became discouraged.  It was sad to realize that I would never see a falling star.  Of course, as I was interested in what I’d seen, I began to read and learned that meteors weren’t stars but cosmic trash burning up in the atmosphere, and that meteor showers are often the remnants of comets or other such objects and when the earth moves through the debris field, we get a shower.

What I had witnessed that August night in the mid-60s was probably the Perseid Meteor Showers.  Over the years, I have seen this shower many times.  I remember watching it one evening while camping with an old girlfriend at a hot springs in the Sierra Nevada Mountains.  I also saw it while hiking a section of the John Muir Trail.  When living in Utah, we would watch it from our back patio, which was screened from streetlights by the house.  This year promises to be a good show, as the moon is waning and won’t drown the meteors out with its light. Look for them at the peak between August 9 and the 13th. 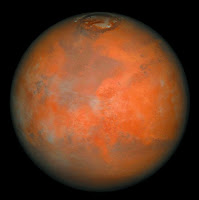 Mars, the red planet, is the fourth planet from the sun.  It’s a small planet, which is a good thing for its namesake (it was named for the god of war, and war is best kept to a minimum).  Only Mercury is smaller.  Although small, it can be bright in the sky (at times, it is even brighter than Jupiter, making it the fourth brightest object in the sky (behind the Sun, the Moon and Venus).  Like earth, the planet has an axial tilt, that provides for seasons.  It also has a rotation that is just a little slower than earth's. The planet has been studied for at least 3500 years, going back to ancient Egyptian astronomers.  It was a favorite local for Science Fiction writers to populate with alien beings, some of who as in H. G. Wells War of the Worlds, attacked earth. 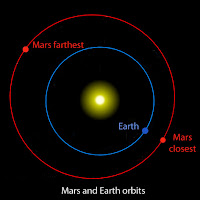 You can observe Mars this month in the west, just above the horizon, after dusk.  It is dropping in the sky and because it’s distance is so far away, isn’t nearly as bright as it was last summer.  By the end of the month, the planet will barely be visible as it orbit is on the other side of the sun.

Have you been able to spot the Mars in the sky?

What do you think happened to Martians?

Do you have a suggestion for what I might explore under the letters W through Y?