Sage's reflections on all this a few days later (Sunday, Jan. 15): It disturbs me how mad I got about this. As you can see from below, there were a few things I said that was over the top. Thinking about arguing with people I don’t really know (I’ve never meet anyone in the discussion face to face), made me consider the way I choose those who are or who will remain my friends. If I am unable to question a position someone takes—especially when the position is obviously one sided, then I find myself not desiring to continue that friendship. I have dropped more friends in my life over the way they treat other people (that’s always a “worse sin" than treating me badly). I really became incensed when Suzie attacked Scribe without addressing anything he said. This pattern continued on with others who joined in. I also despised the way names were thrown out—labeling others as commies, trolls, moonbats and all sorts of things just because they had different view. Name calling is never helpful. I suppose I could have refrained from commenting on Suzie’s post about Abramoff, but if she really didn’t want any comments, she should have turn the comments off for her posts. Allowing people to agree with you, without allowing for alterative interpretations, is a sure-fired way to find yourself blinded by truth. But that’s not my problem and it is now time to move on. I’ll continue to read and comment on conservative and liberal, mainstream and upstream blogs and hopefully learn a thing or two. 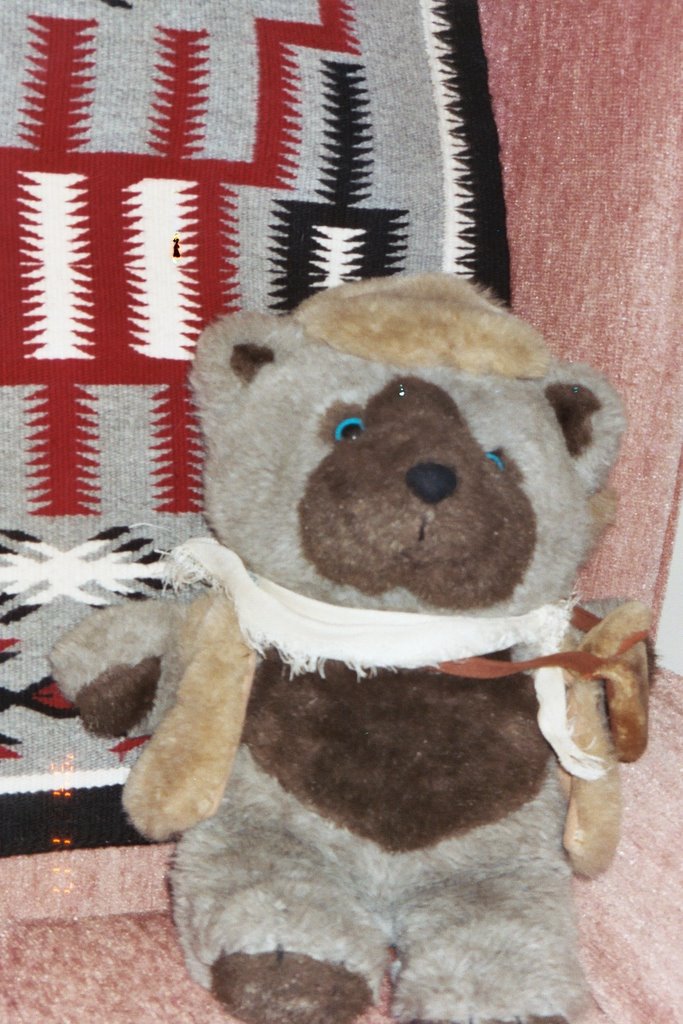 The Political Observations of Nevada Jack

It’s so warm around here I woke up from hibernation. When I did, I found my buddy Sage all worked up over people who can’t seem to comprehend the English language. I’m not sure why this worries him so, but he says it has something to do with these folks being allowed in the ballot box come next November.

Yesterday, Suzie over at Assorted Babble tried to make the case that the Ambraoff scandal wasn’t just a Republican scandal, but also a Democratic one. She showed the amount of money Ambraoff and associates gave various Democratic Senators. By the time this scandal is over, there may be some Democrats who’ll be sent packing, but Suzie made no reference to how much her Republican friends received from Ambraoff. Sage responded, referring to a well-known conservative columnist who made the same point that he was trying to make:

Suzie--that may seem like a lot of money, but it's a drop in the bucket compared to what he's been giving out. You know, if you want to justify your sin, you can always find someone who is worst that you, but in this case, I believe the numbers will work against the Republicans. What this scandal shows is there is a real need for a housecleaning in Washington--from both parties. I like Kathleen Parker's take on the scandal (she's considered a conservative columnist from your state). (comments abridged)

A little later, Scribe from Oklahoma came back with a similar comment, citing the National Review, another respected conservative magazine. NR encouraged Republicans not to diminish their role in the scandal by pointing to the small percentage of Abraoff’s goodies that went to Democrats. Suzie doesn’t like Scribe, as he’s an Independent Christian (and those of her type tend to think that any Christian not in the Republican Party is a heretic, or more likely a pagan or heathen or the anti-Christ). Suzie deleted Scribes comments.

Suzie next published comments on her take on the Alito’s Senate hearings. She complained about the Democrats treatment of Alito (I admit, it may be bit harsh, but this is an important position he's up for). Sage didn't comment on Alito, but on her attack on Scribe as she ended her post. Sage defending Scribe, asking if she’d even read what Scribe wrote. Below are Sage’s comments:

Suzie, at the risk of being banned and deleted, I'm going to challenge you again. You talk about being open minded and middle of the road, but step back and look at what you're saying.

Did you even read what the Scribe wrote in your post about Abramoff? He was quoting the National Review! That ain't exactly a left wing magazine. If he's lying, then probably the best conservative thinkers in America, the writers of the National Review, are liars. (I do have respect for the National Review even if I don't always agree with them)
Suzie then lashed out at Sage, in a comment full of grace and compassion.

Sage, I do not NEED your freakin challenges and I will not tolerate it ANYMORE. GOT IT? I am an open-minded person, but enough is enough. Yeah, if you read my post - I said I keep going further and further to the right……Yes, from the middle. Now I am a full-blown Republican with a few exceptions on some issues. So from now on, you can refer to me as a PRO-AMERICAN –REPUBLICAN - PRO-VICTORY and PROUD OF IT and I’m not taking any more of this shit.

If you can’t keep your left leaning politics to yourself or for other liberal blogs, don’t comment here on this subject. Many of my readers (friends that know me as you should by now) wait for other posts that do not involve politics to comment on, I would suggest if you wish for us to be friends that may be a good idea otherwise yes you will be deleted too.
Okay, at least she now admits she is not open-minded, but where did Sage (or even Scribe) bring in left-wing politics? If you can see either position as left-wing, enlighten me. This is a common fallacy, categorizing someone and then assuming their guilt by association.
As the evening continued, Christa joined the challenge and, after pointing out flaws in Suzie’s position, offered to help her form a rational argument, she found her post getting deleted by Censor Suzie. At this point, Sage’s blood pressure was up from 110/80 to about 360/200! And he probably stepped over the line when he threw down the gauntlet:

Suzie, don't worry about sugar coating anything, cause I ain't. You haven't read anything I said or responded to my thoughts in any kind of logically manner. Instead you've issued ad hominem attacks without addressing anything that anyone who disagrees with you says. I am left to wonder if you are literate--what I said wasn't all that radical and Scribe and I both quoted conservatives (not liberals).

Your blog has become so full of fallacies--you should pull yourself away from the TV long enough to read a book on logical thinking. There are in your blog sweeping generalizations, red herrings, ad nauseam (making the same point over and over), ad hominem remarks (attacking the person, not the issue), and ad numerum (appeal to the majority as if the majority is right and has no possibility of being wrong). Delete me if you want, but at least read and consider what I’m saying. If you learn from this, you might be able to convience someone else of your point instead of just patting like minded folks on their back as they pat you on your back and you all sit around blaming all that's wrong with the world on someone else.
Suzie immediately deleted Sage’s comments and posted the following:

Sage, I did NOT read your comment...just after the first line I deleted. Would appreciate you keeping your insults to yourself.....and off my blog.I have not attacked you on YOUR blog and I would appreciate the same from you here. If you have nothing nice to say....then keep it to yourself.

Now, dear readers, with the exception of the last comment where has Sage resorted to a harsh attack? Was he really not nice in his earlier post? If so, please let me know and I’ll have a talk with Sage.

The name-calling and self-righteous proclamations resumed at Suzie’s today, with comments about how right they are and how the commie liberals hate them and are destroying their beloved America. Where do they get this stuff? Does offering a different perspective mean that you hate someone? Those, like Murf, who challenged Suzie were immediately attacked by Suzie and friends, often with words unfit for children. Some of her "friends" picked up the banner on their site. The self-proclaimed "born-again Redneck" has a real "eloquent" post. His being born again must have to do with his bigotry being reaffirmed as opposed to any religious conversion. I know, that’s a little underhanded, but come on, how can they claim the high moral ground with such offensive comments? He assumes everyone who disagrees with him is a communist and doesn't deserve any respect.

I sure hope things cool off again soon so I can go back into hibernation. If you need to brush up on how to make an intelligence case for your beliefs, I suggest reading Antony Flew, How to Think Straight: An Introduction to Critical Reasoning (Amherst NY: Prometheus Books, 1998) or look at Sage's links and click on the site for logical fallacies.

If you have stayed with me for all this, please let me know what you think. I’ve asked Sage not to delete any comments unless they contain profanity or are obscene. He has agreed to this stipulation. I also recommend reading Scribe's post about this debate: Part 1, Part 2, Part3.
Posted by sage at 5:52 PM