Mid-September through December is always the busiest time for me.  So life is kind of crazy, however I did get a way a few days to attend my fortieth high school class reunion.  It was fun to see those present but only about 10% of the class showed up (we were over 700 students).  Many of those who I ran around with in school didn’t make the reunion but there were a couple of guys and girls who had been in my classes from the fourth grade through high school and it was fun to catch up with them, and everyone else.   For the first time in nearly 40 years, I actually walked the halls of the high school….  It felt strange. 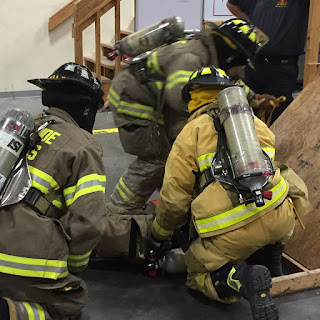 In the busy season, I’m also still doing firefighting classes and some of the classes are kicking my butt.  Last week, we had to “haul” a “down firefighter through an obstacle course—it wouldn’t have been that hard except that it we were in full bunker gear and having to wear an air pack and facemask and hand to remain on our knees as we moved the “down firefighter” through a tunnel that was like a duct (18” high and 36” wide), over an obstacle that was three or four foot high, through a 2 foot tube that was probably 15 feet long, and then through a standard stud wall to safety.  Thankfully it wasn’t super-hot, but you’re soaked after such a trial.  I also got to be the victim and it was kind of surreal, just lying there as you were strapped up and hauled through the course.. 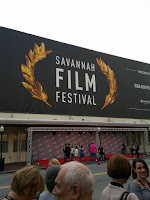 This week is the Savannah Film Festival and so far I’ve only seen one film, “Truth” that stars Robert Redford as Dan Rather as it tells the story of ABC’s handling of the report that George Bush was AWOL from the National Guard during Vietnam.  The movie based on a book by the producer of 60 Minutes who was fired, still left a lot of questions in my head, but did show the difficulty those in the news media have in trying to decide what is and isn’t a story…  There were other films I had wanted to see, but either couldn’t make the showing or, like Ithaca (which had a conversation with Meg Ryan after the showing) were sold out.   There’s still a few more days of the festival, so maybe I’ll catch another film. 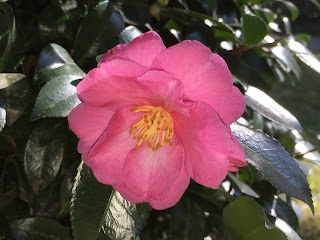 Last week, I noticed the first camellia of the year.  There are a number of camellias in the yard (planted by the previous tenant, although I have planted a few, too, but they are still small).  The variety of types mean we’ll enjoy the flowers through March (and then its azalea season).
Posted by sage at 1:08 PM