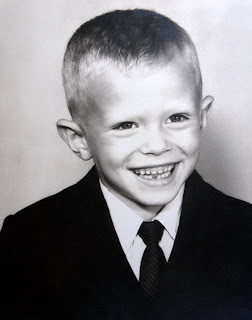 The snow is melting. It’s still getting cold at night, but is up in the low 40s in the day time. All around the county, folks have buckets (or tacky-looking blue plastic bags) attached to taps on Maple trees, collecting sap to boil down into maple syrup. They say it takes 40 gallons of sap for a gallon of syrup. Memoir writing is a lot like that, distilling all our experiences down to the good stuff… Here is another story from my childhood.
-
We had moved to Petersburg, Virginia. This was the beginning of my family’s three year exile from North Carolina. We lived in a rented house on Montebello Street, where we stayed for nine months before moving to Bishop Street. I started school this year at Walnut Hill’s Elementary. There were no regular school buses for those of us living in town. If you wanted to take a bus, you had to take the city bus, something I only did once, early in the school year, in the weeks before John Kennedy was shot. I know this because we were moving into a new house, one closer to school, on that fateful day. So this happened sometime that fall, before November 22nd.
-
On this day, I got to ride the city bus. I’m not sure why, maybe my father was out-of-town, and a younger brother or sister was sick so my mom couldn’t take me. On this day, I got to ride the bus with Ellen, a neighbor and the first older woman I took an interest in. She was in the fifth or sixth grade. Although the school was only a couple of miles away, riding the bus with Ellen was a grand experience for a six-year-old kid. Together, the two of us walked down to the end of the street and waited for the bus to arrive. I had a change in my hand, which my mom had given me for the fare. Ellen, who was a pro at this, had a monthly bus pass. The bus pulled up in a haze of diesel exhaust, and we got on. I dropped my quarter in the slot, as Ellen had told me to do, and then started to follow her back to a seat when the driver stopped me. To my horror, the bus company had raised the fare and I was a nickel short. I asked if I could run home and get another nickel, but the driver said he couldn’t wait. I pulled a nickel out of my lunch pail, the one my mom had tucked in there for milk, but Ellen wouldn’t let me give it. The driver told me to take a seat and to give him the nickel the next time I rode the bus. I took a seat, but felt like a criminal riding the bus without paying full fare. My grand adventure no longer seemed so grand. I rode in silence and shame.
-
This turned out to be my only trip on the bus when living in Petersburg. Our new home wasn’t that far from the school and as I got older, I found myself walking with friends. But I never forgot my debt to the bus company. Whenever I saw a bus I felt guilty. I’d look and see if it was the same driver and it always felt as if the driver was starting at me, as if he knew I’d stiffed the bus company out of a nickel. I was ashamed of my actions, but for some reason, I never told them to anyone. At least not for a good many years.
-
In time, we left Virginia and moved back to North Carolina and the guilt slowly faded. But occasionally, something would ting it and shame would again sweep over me. Finally, years later, I think I was in high school, I recalled the incident to my mother. I was surprised that she remembered. In fact, she was the one who reminded me of Ellen insisting that I not use my milk money and told me that not having the full fare was no big deal to the driver and that she’d sent a nickel with Ellen the next day to pay the driver. I couldn’t believe it. All this time I was carrying around this guilt for a debt that had already been paid.
Posted by sage at 7:44 PM