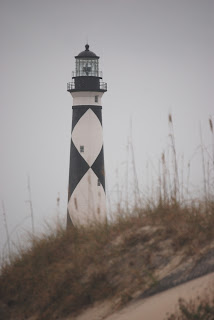 It rained Sunday morning and the wind continued to howl as it had done since I’d arrived at Lookout on Friday. Gathering under the tarps we drank coffee and traded stories. I asked my Uncle L if he remembered the fake graveyard he’d created when I was a kid. I’d remembered correctly that he and his friend had used temporary grave markers they’d found in a junk pile on in the edge of the woods behind the church’s cemetery. He’d told me the people buried there had been too poor to afford a regular tombstone. This morning he told me the reason he and a friend had created the place had been to scare another boy. As L took the boy out to see the graveyard he’d “discovered,” his other friend hid under a pile of thick leaves. When they were in the middle of the cemetery, L’s friend jumped up from the leaves, creating a vision of a premature resurrection of the dead. The other kid, feeling doomed on the Day of the Lord, ran home. We told some more stories and joked about the weather and how it could be worse. After all, it could be snowing or sleeting or instead of a gale we could have a hurricane. On the other hand, it could be warmer with no wind and the mosquitoes so thick that we’d think we were reliving one of Pharaoh’s plagues. As fun as this was, I had no desire to spend my last day on the beach huddled up telling stories. After finishing the last of the coffee, I pulled on my hip boots and donned my rain jacket, grabbed a medium sized rod and a couple of Hopkins' spoons (a shinny metal lure) and headed out across the dunes to the beach. 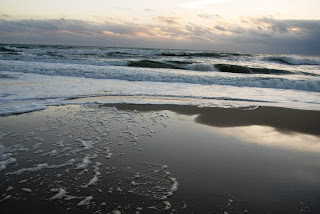 The wind had shifted and instead of coming out of the north, it was coming from the northwest, blowing sand inches above the surface at a 45 degree angle to the surf. Although it still wasn’t ideal, the slight shift in the wind direction meant I could at least cast into the surf. The waves were foamy and the rain and spray reduced visibility to maybe a mile. I waded out into the water, to where the waves swirled around my calves, and made my first cast. The heavy spoon flew deep into the water, beyond the breakers. I retrieved it fast, yanking it every few turns, so that it skimmed across the top of the waves. The Hopkin Spoon is one of the most un-appetizing lures on the market. It’s essentially a piece of long metal (I was using a four ounce variety) pounded flat and with a triple hook on the end. It’s pulled fast through the water, hoping to get a fish on a non-discriminating diet to eat before looking. As a kid, I remember an old man telling me he’d lost his only Hopkins one morning when the Blues had been running like crazy. He took a flat metal bottle opener and wired a hook to the end and cast it into the surf and continued to catch Blues. 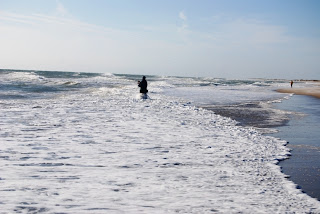 After about a dozen casts, I got a strike but missed it. As I continued to casts, I noticed a number of gulls and pelicans hovering over the surf about a hundred yards north. Occasionally one would dive down and come up with morning breakfast, a sure sign that some sort of fish were congregating. The birds would be after small fry, the same sort of fish that would attract Blues. I started making my way up the beach toward the birds, casting occasionally.

As I got closer to where the birds were making a fuss, I noticed there appeared to be a deep hole just offshore, hollowed out by riptide. I cast out into it and started yanking the rod and retrieving it fast. It didn’t take but a second before I felt the tug on the line. I yanked the rod back hard to set the hook and began to fight to reel the fish in. As he got closer to the edge, I backed up onto the sand and pulled the fish out of the water. He wasn’t huge as Bluefish go, but was one of the nicest Blues I’d catch that morning, maybe two pounds. It took me a second to get the hook out, with all three of the hook’s barbs piercing into both the top and bottom of his mouth. One has to be careful with Bluefish, as they have sharp teeth. Many times, fishing for flounder with a live finger-size mullet, I’ve seen a bluefish hit the bait and in one swift bite cut the mullet in half. This is not the type of mouth I wanted to stick my finger. Bending down over him, I got my out my pliers and went to work. When done, I tossed him up on the hill, waded back into the water and resumed casting. A few minutes later, I caught another, this one around a pound. I threw him and all the smaller Bluefish back, or at least those whose mouths weren’t damaged by the triple barbs of the hook. Bluefish aren’t the best kind of fish to freeze, so I didn’t need any more than we’d eat that day. They’re best roasted on coals at the beach. The second best way is to flay and skin them, then fry ‘em up. I continued to catch Blues, and missed a few, some getting them to the edge of the surf before they got off the hook. At one point, I caught three fish in five casts. I kept reeling ‘em in and after catching nine, two other guys fishing a quarter mile north came down to see what I was using and asked if I mind if they joined me. They hadn’t caught a thing, but soon after casting into the same area where I was fishing, they too started catching Blues. 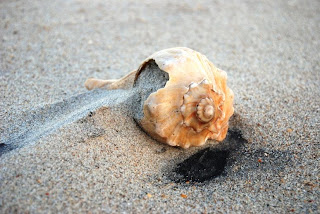 My arms were getting tired, but I decided that I wanted to at least catch the limit which was 15. When the birds were out, I’d cast and generally bring in a fish or two. When the birds stopped hovering, I’d rest. After I caught 16 (which is legal as the limit only applies to those you keep and I’d only kept four), I called it a morning and headed back to camp. I’d had so much fun I hadn’t noticed that the rain had increased and the wind was picking up. It was time for lunch (Bluefish). Then I had to pack up. It was going to be a rough boat ride back to Harkers Island, where I had left my car.