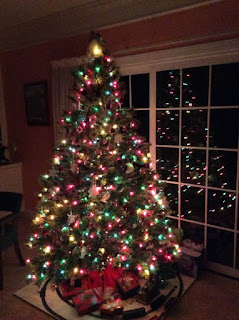 Merry Christmas everyone.  It is now late on Christmas Day and I'm tired.  After Christmas Eve Candlelight services last night, I went over to a party at friends where I stayed way too late drinking some of the smoothest bourbon I've had in a while as I sampled two new bottles, one from Utah and another from Texas.  After two drinks and a lot of talking about world events, I came home and took the photo to the left.  Today started with opening presents, going to church, a quick lunch and heading out for a long walk on the beach, before coming back to eat dinner (pork loin glazed with apricot preserves) and watching the end of the Steelers/Ravens game (and the Steelers' won).

I have maybe an hours worth of work before the New Year, otherwise I'm off.  I'm heading to North Carolina later this week and then will come home and on January 2nd, he into the Okefenokee Swamp for a couple of nights.  Maybe there'll be pictures.  Enjoy the rest of 2016. 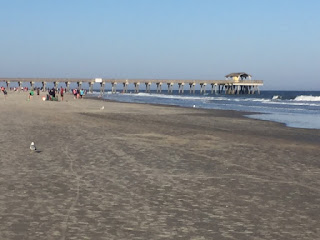