Paddling in the Okefenokee 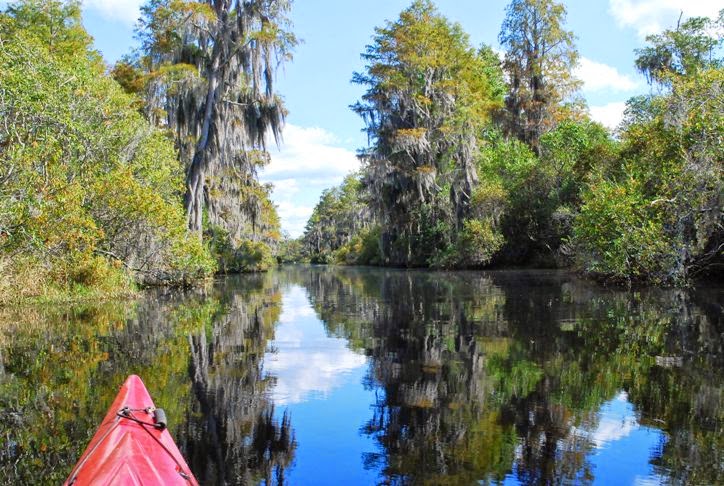 One of my bucket list items has been to paddle in the Okefenokee Swamp.  Ever since high school, when I purchased my first canoe, I had thought about paddling the swamp.  Moving here made it a much easier goal and last week I seized the opportunity.  My father, who took up kayaking a few years ago, was visiting.  On Thursday afternoon, we drove down to Folkston Georgia where, early on Friday, we headed out to the swamp’s east entrance at the Sewanee Canal.  We were on the water a few minutes after 9 AM. 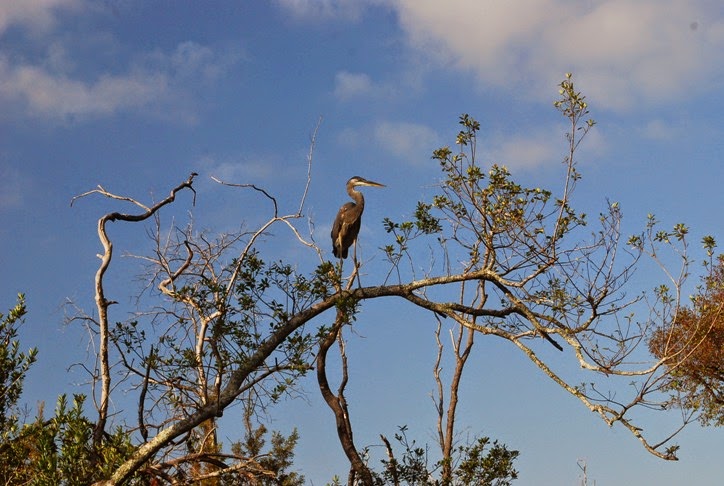 The first two miles were spend paddling straight down one of the canals that attempted to drain the swamp.  Prior to the late 30s, when the swamp became a National Wildlife Refuge, the swamp was logged and seen as a place where, once drained, the land could be farmed.  But the drainage never worked and since then, the swamp has been allowed to return to its natural state.  We were greeted right away with herons and cranes. It was wonderful to hear sandhills cranes again.  I feared I had left them behind in Michigan.  We were also able to see evidence of the fires that are a part of the natural state of the swamp.   There were terrible fires in 2007 and again in 2011. 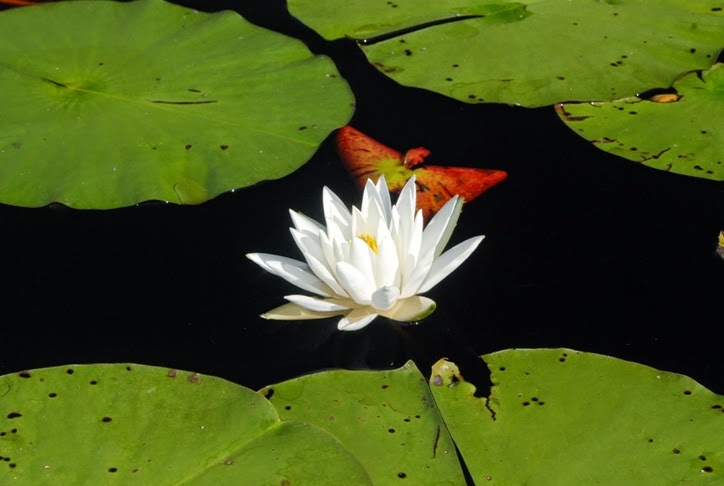 About a mile down the canal, we passed a sign designating the wilderness area boundaries.  About the same place we saw the first alligator swimming across the canal maybe a hundred yards ahead.  We would see numerous such beast, maybe 50 or even more, by the time we called it a day.  But the gators don't bother us.  Most slowly and quietly submerge when we approach, much like a submarine drops below the water at the approach of a destroyer. The dark stained water is the perfect hiding place.  The temperature must have been just cool enough for the snakes to stay hidden as we didn't see a single one. 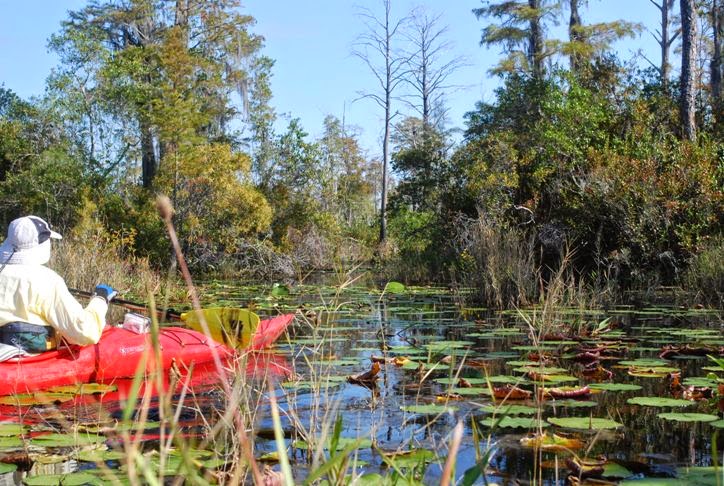 We first explored Chesser  Prairie, a vast open area filled with lily pads and shallow water.  Mixed in within the lily pads was the occasional brilliant white flower.  Next, we found the portable outhouse (built up on a platform as there is little solid grown in this part of the swamp).  This was important as I needed to relieve myself of my morning coffee.

We paddled onward toward Coffee Bay, where we planned to enjoy lunch on the shelter there.  The canals became narrower and the gators more frequent.  A few places where we were able to get out of the channel and explore the swamps surrounding the canal, we did.  We see a variety of trees.  Where there is a sliver of high grown, long leaf pines can be found, as well as sweet gums, live oaks and water oaks.  Cypress and juniper are found throughout the swamp, growing in the water.   And Spanish moss, dangling like the Taliban's beard, is everywhere. 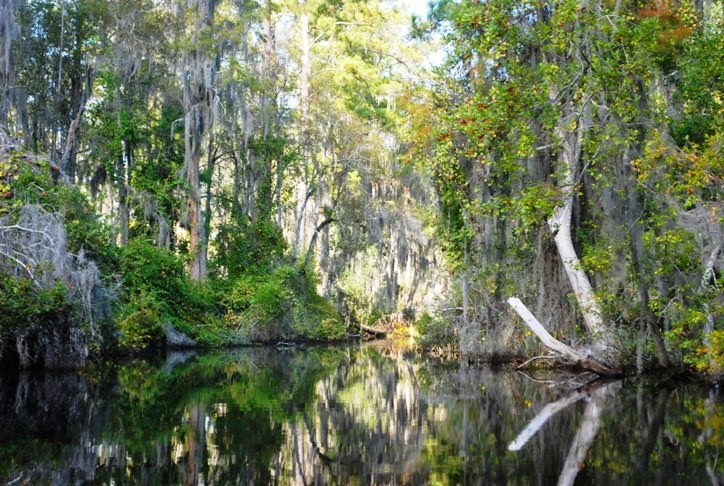 After lunch, we headed back toward the landing, taking some time to explore the Mizzell Prairie and another section of the Chesser Prairie We were back at the launch by 4 PM, having paddled 14-15 miles.  On the way back to Savannah, I decided we’d stop at the Folkston funnel and learn about the large number of trains running in and out of Florida (but that will be covered in another post). 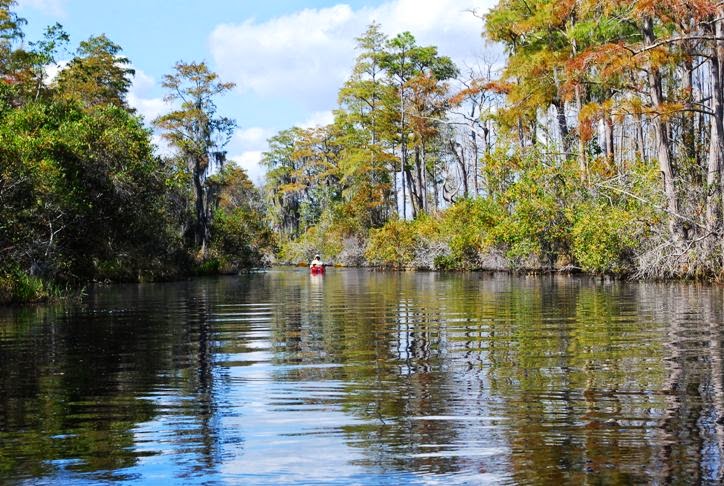