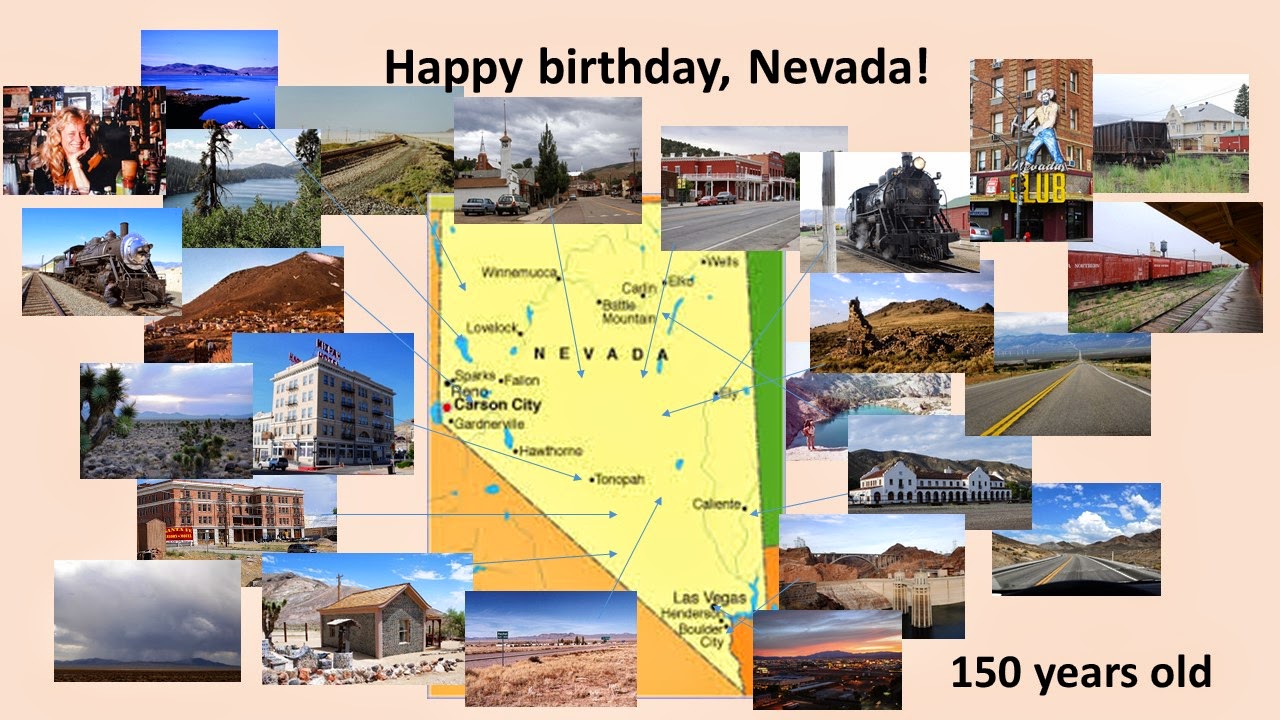 If you have read much of my blog, you will have noticed that I have a real love for Nevada.  Now, I don't mean Las Vegas, but the rural, less populated parts of the state.  My love for the state grew from the year long internship that I did in Virginia City during the late 80s.   This Friday (October 31) will mark the state's anniversary.  On 31 October 1864, just days before the Presidential elections, Nevada was ushered into statehood in time to cast its electoral votes for Lincoln.  In honor of the "Battle Born" state, I submit a collection of my photos which have appeared in my blog over the past ten years.

You can click on the photo to enlarge it and to see the sites.  Here they are from the top middle, working clockwise: