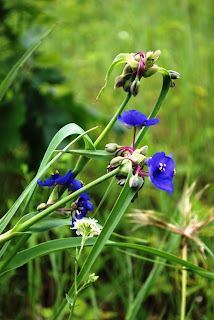 As the Surgeon General requires warnings for lots of things, I want to warn those of you who suffer from Ophidiophobia that there is a picture ahead that you might not like…

Yesterday, I took a long lunch and after eating, walked a path in the hills and meadows behind a construction project that lately has been too much on my mind and in my dreams. Its bad enough to have to deal with it many waking hours, but when it invades my sleep, it’s living rent free in my head and that ain’t good. But anyway, a little fresh air is always nice and so I took a walk and took my camera with me.

Back in the spring of 2009, as we were getting ready to begin this project, we burned several sections of the “green space” and then reseeded the ground with wildflowers and native grasses. We also put in trails with blue bird and bat houses and duck boxes. Today, along the trail, you can see the evidence of the flowers. I am proud that the project perserves green space as well as converted an old gravel mine into the building area. 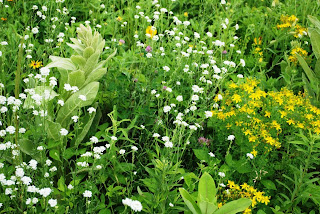 As I walked along, I heard a high pitch sound coming from the grass in the trail up ahead. I stopped and saw a large black snake, which obviously didn’t make the sound. I slowly moved closer, camera in hand, hoping to get a good picture, when the snake reared its head, letting loose a mouse. The moose tried to get away, but the snake quickly struck it in the back leg, knocking the mouse on its back. (see photo below). I was trying to get a better photo when the snake decided he didn’t want to tangle with me, so he took off. The mouse, stunned by the snake, rolled himself up and wiped his fur, gave me a curious look, and then headed off in the opposite direction. Today, I’m assuming I’m being heralded as some kind of god in the field mouse world, and maybe a demon in the snake world unless serpents are still aligned with the devil as they were in the Garden, then maybe I’m a god for them too. Or maybe I’m just the rude dude who ruined lunch. 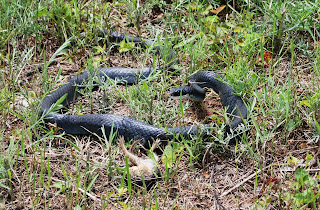 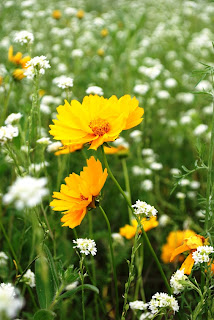 By the way, in case you don’t know the word Ophidiophobia, it means a fear of snakes. I promise, there are no more snake photos (nor any of very scared mice), so enjoy the rest of the photos. 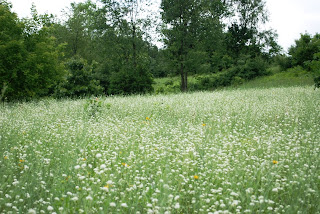 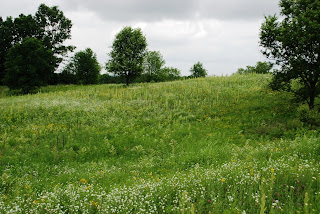