An end to a good weekend...


It was a good weekend.  On Saturday, I raced (sailboats) and our team came in first overall.  I've been on a winning team before, but this time we were the top over all finisher in addition to having one first place and being in the top three each of the three races.  It was an exciting day with a fair wind, but an excessively strong outgoing tide that made things challenging, especially when rounding the pin on a downwind run which was against the tide and needing enough forward thrust to make it around the buoy without hitting it.


Yesterday afternoon I explored the Savannah River National Wildlife Refuge, which is in South Carolina, just up the river from Savannah.  There are miles of hiking (and biking) trails and we spent the afternoon walking along the dikes that crisscross through the wetlands.  For some reason, I forgot to bring a pair of bincolars and a bird book, but there were lots of ducks and a few cranes, herons, hawks and buzzards, along with a few alligators enjoying the warm winter day.  Although you felt all alone, in the distance you were reminded that you weren't far from civilization as the loading cranes (as opposed to the wading kind) at the Savannah ports along with the industrial plants such as International Paper (thankfully the wind wasn't from the south!) were visible. 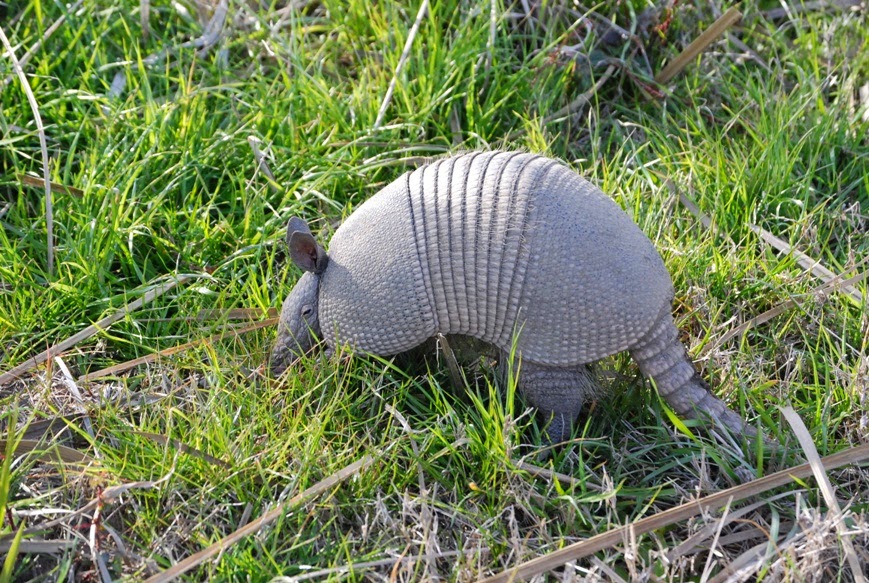 The highlights of the day had to be the armadillos.   These guys aren't afraid of anything and would continue digging in their search of food and ignored me with the camera, allowing me to get close shots.  It is interesting to see the hair on the back of armor which I was close enough to see.  One did run away and went straight into the briers, the armor protecting him.  Even a rabbit might leave behind a bit of fur, but this guy just slide on through. 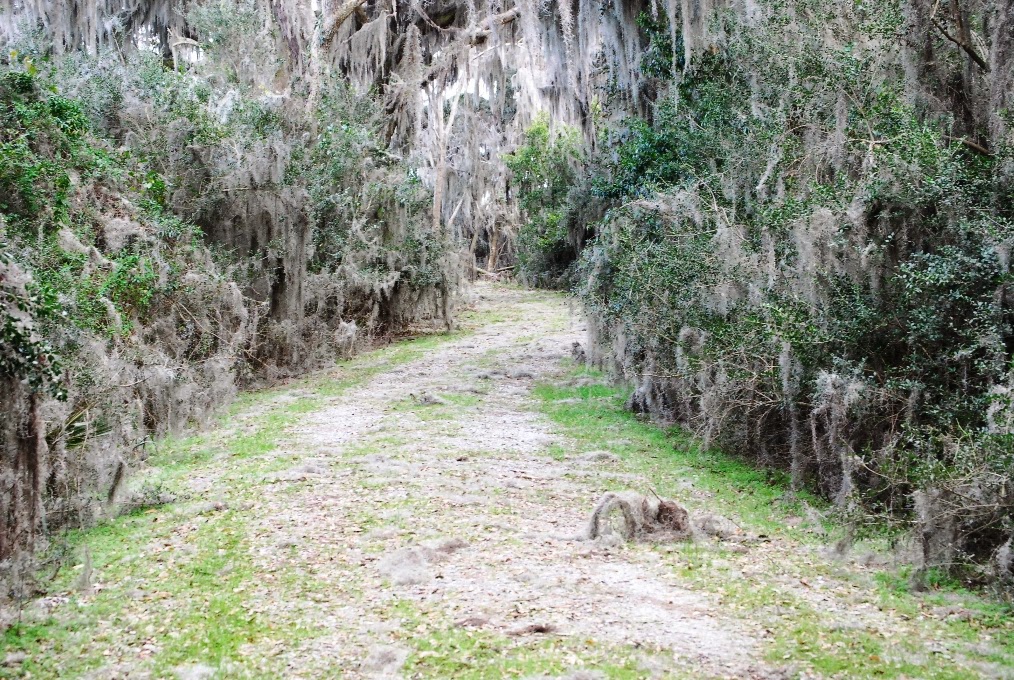 The refuge, in the 18th and 19th centuries, was a series of rice plantations.  The islands of high ground (hammocks) are covered with hardwoods draped in Spanish Moss.  Some of these islands were used as slave communities where they lived in the middle of the rice fields where they worked.  Today, no rice is raised here, only grass and reeds for the waterfowl.

The day was beautiful with temperatures in the mid-70s F and a light breeze which created a nice rustling sound in the dried grass and which keep the sand gnats at bay.  I think I'll come back again and do some more exploring around here (and bring with me binoculars and a bird identification book).
Well, that wasn't all for the weekend.  There was also a community pancake breakfast fundraiser on Saturday morning and on Saturday evening, friends prepared an incredible five-course Italian meal.  On Sunday morning, at church, we held a "Kirkin' o' the Tartans" in which everyone dressed up in their Scottish plaid and celebrated the old country (from which my ancestors left 250 years ago, so the memory is a bit distant).  I've learned this event is really an American creation, but it was fun and very colorful to see the tartan banners being marched into the sanctuary and besides, there was a bit of English bashing as we recalled the days the English wouldn't let the Scots wear the tartans of their clan nor play the bagpipe.
What did you do this weekend?  I hope it was fun filled and adventuresome!